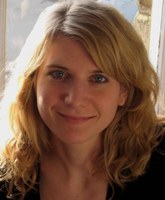 Angela Breitenbach is a University Lecturer and a Fellow in Philosophy at King’s College, Cambridge. Her research focuses on Kant, the history of modern philosophy, philosophy of science, philosophy of biology, and aesthetics.

Beauty in Science: A Case of Aesthetics or Quasi-Aesthetics?

Scientists routinely speak of the aesthetic merit of scientific proofs, explanations and theories, often taking beauty and elegance as a motivation for their work and an indication of its truth. But aesthetic judgments in science are as widespread as they are controversial. Philosophers of science have wondered why apparently subjective concerns for the beauty of a theory should play any role in the search for objective knowledge. Aestheticians have worried that judgments of beauty in science have at most metaphorical status. In this paper I address this two-fold challenge and ask what a judgment must look like if it is to play any role in science and also qualify as aesthetic