Shen-yi Liao is an assistant professor of philosophy at Nanyang Technological University. He is also a Marie Curie International Incoming Fellow at The University of Leeds where he works on experimental philosophical aesthetics. His other areas of research include cognitive science, philosophy of mind, moral psychology and analytic aesthetics.

You can read about his and Aaron Meskin’s research project ‘Experimental Philosophical Aesthetics and Human Nature’ here: http://xphiaesthetics.wordpress.com 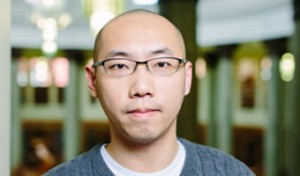 The Dual Character of Art Concepts

There is a dormant debate about the concept of art. Some have claimed that calling a work “art” involves making a positively-valenced aesthetic evaluation of it; some have claimed that the concept of art is essentially descriptive. We aim to revitalize this debate by showing that it is founded on a false assumption. The concept of art is normative in a distinct sense — it is what Knobe, Prasada, and Newman call a “dual character concept”. Calling a work “art” indeed involves making an evaluation, but not about whether a work is good or not.